Every child’s summer should be one that’s eventful and exciting. For those at Wei Bo Learning Center in John J. Pershing Intermediate School, the 8th of August was one of those memorable days. It was the day of Wei Bo Learning Center’s Annual Summer Camp Show showcasing performances from all grade levels and celebrating the end of a successful summer. Students from Kindergarten all the way to 7th Grade had been preparing for this remarkable show throughout the summer. In their talent classes, girls attended dance classes with teachers Ms. Tan and Ms. Annie, while boys attended kung fu lessons with Ms. Cho. In these classes, students choreographed performances like the Peacock Dance and Show Style Kung Fu. 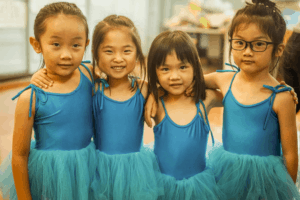 The students all arrived at 9 o’clock, bright and early to prepare for the day ahead. In their respective classrooms, they gathered excitedly, getting ready by putting on their costumes and makeup. For the kung fu boys, this meant white, blue, or golden robes, while for the girls this meant pink and blue eyeshadow and costumes.

Before the show commenced, parents and children rapidly flooded the auditorium with excitement on their faces. Ms. Cissie, the host, introduced the organization and its principal, Ms. Wei. Then a slide show was presented, which showed all the wonderful memories the children made over their summer camp. The entire auditorium roared with laughter as the students bounced around their seats, looking at the photos. Following the slide show, everyone stood up for group singing of Do Re Mi led by Ms. Saleh, Ms. Liu, and Teacher Assistant Leader Jeffrey. Afterward, parents who demonstrated impressive endeavors to improve their children’s academics were awarded on stage with certificates of excellence. 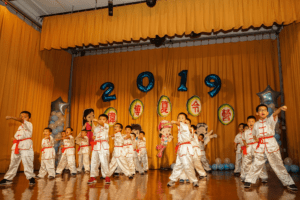 The performances began with 6-7th Grade girls dancing to “Why Is The Flower So Red”. They displayed an impressive showcase of Arabic dancing. Up next were adorable performances of ballet and Hip-Hop showed by kindergarteners and first graders. Several outstanding performances of kung fu and hip-hop were shown after, capturing all the efforts the students took in practicing for their performances.

Prefacing each of these performances was an introduction by the youth hosts introducing the grade level of each group as well as their corresponding Chinese poetic interpretation. For each successive group, the audience erupted in cheers for the performers as soon as the curtains opened and at the end when the performance ended. What a day it had been. With fifteen performances and over 150 students, the day was filled with merriment and good cheer.

Weibo Learning Organization was found in 2006 to promote the Chinese culture. It served as a bridge for many Asian Americans to reconnect to and preserve their culture. READ MORE 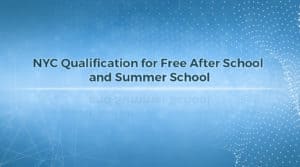 NYC Qualification for Free After School and Summer School